Counter is a sequential circuit. A digital circuit which is used for a counting pulses is known counter. Counter is the widest application of flip-flops. It is a group of flip-flops with a clock signal applied. Counters are of two types. 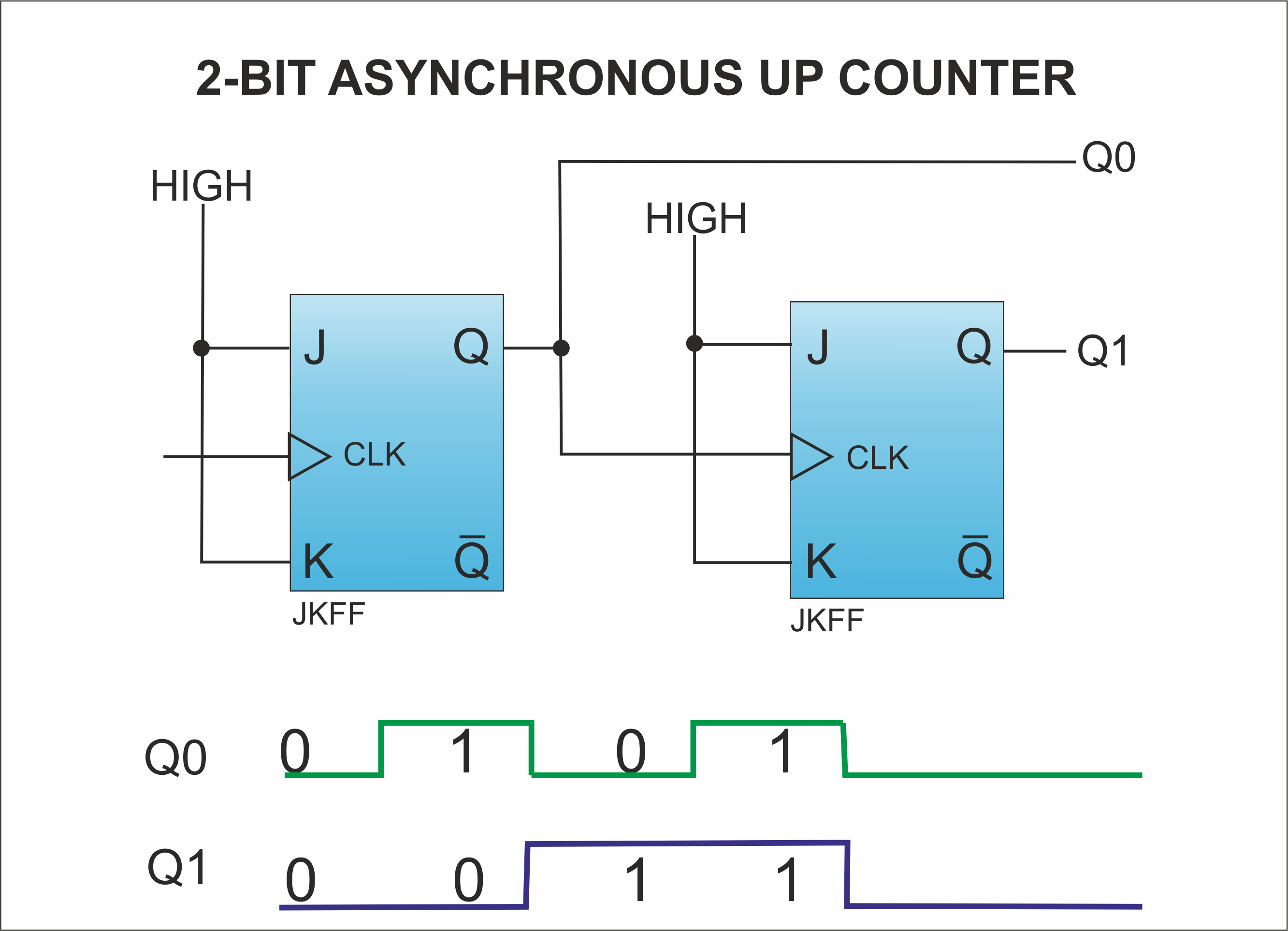 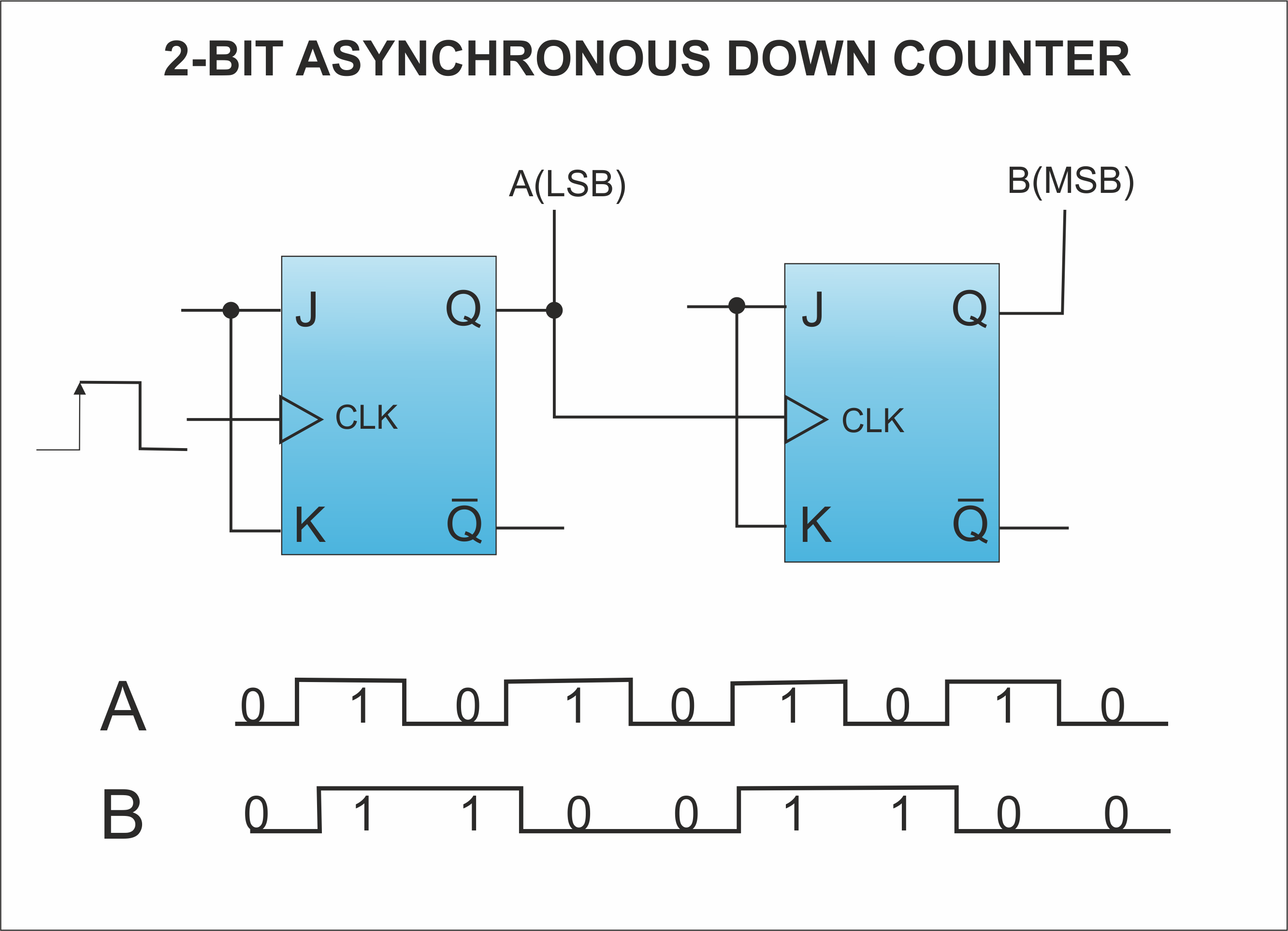 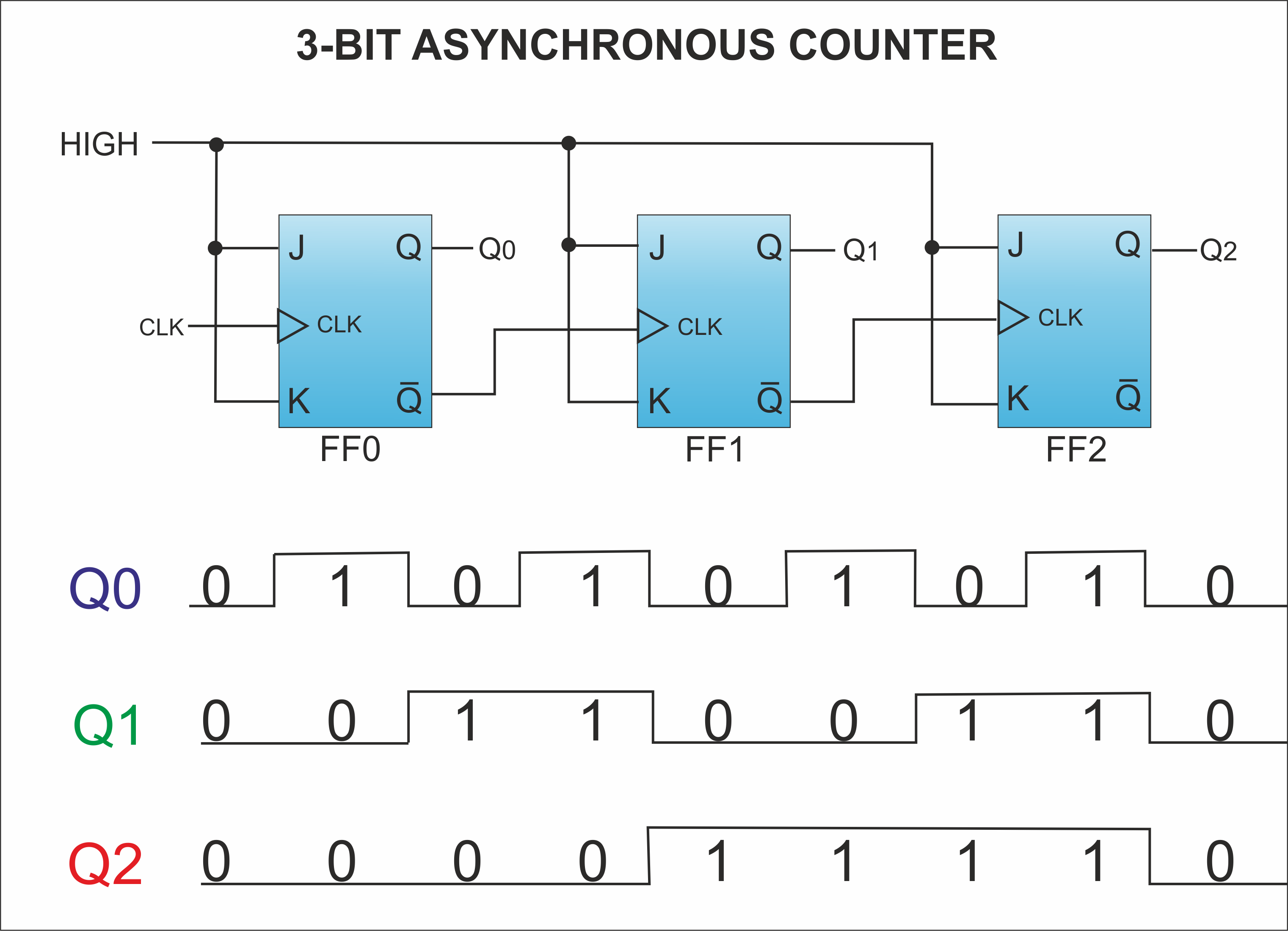 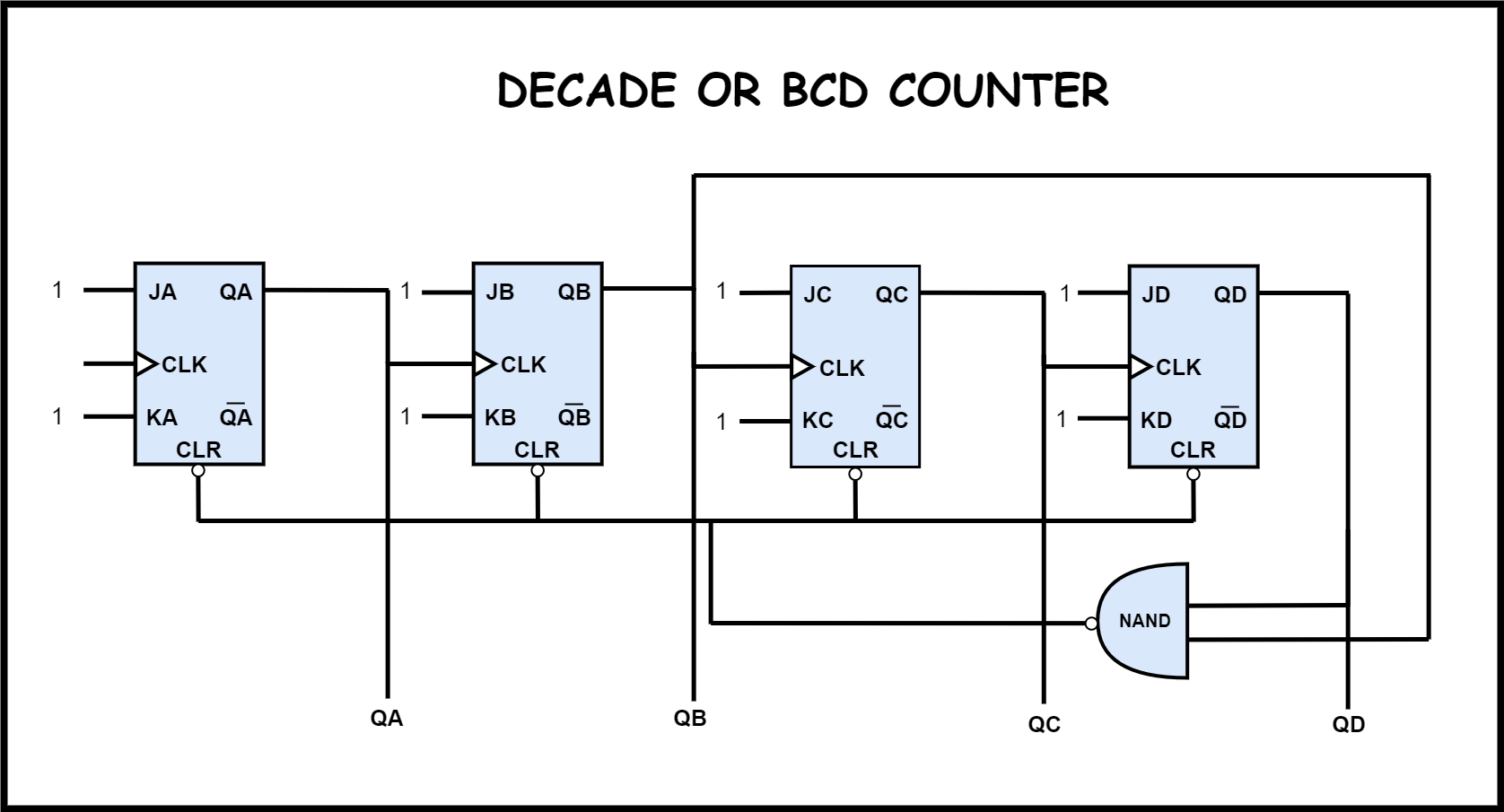 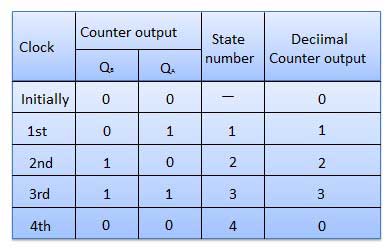 If the “clock” pulses are applied to all the flip-flops in a counter simultaneously, then such a counter is called as synchronous counter.

The JA and KA inputs of FF-A are tied to logic 1. So FF-A will work as a toggle flip-flop. The JB and KB inputs are connected to QA. 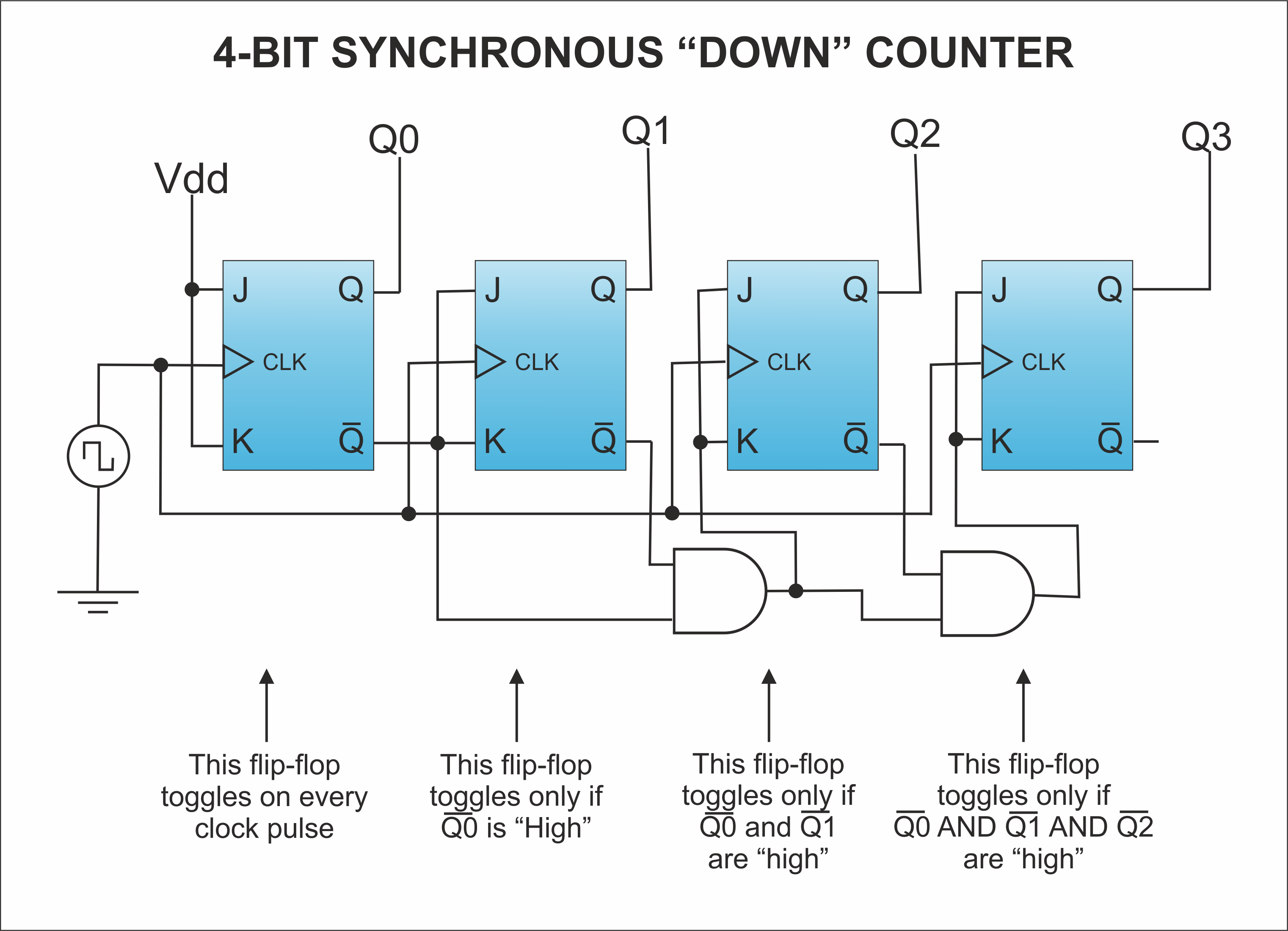 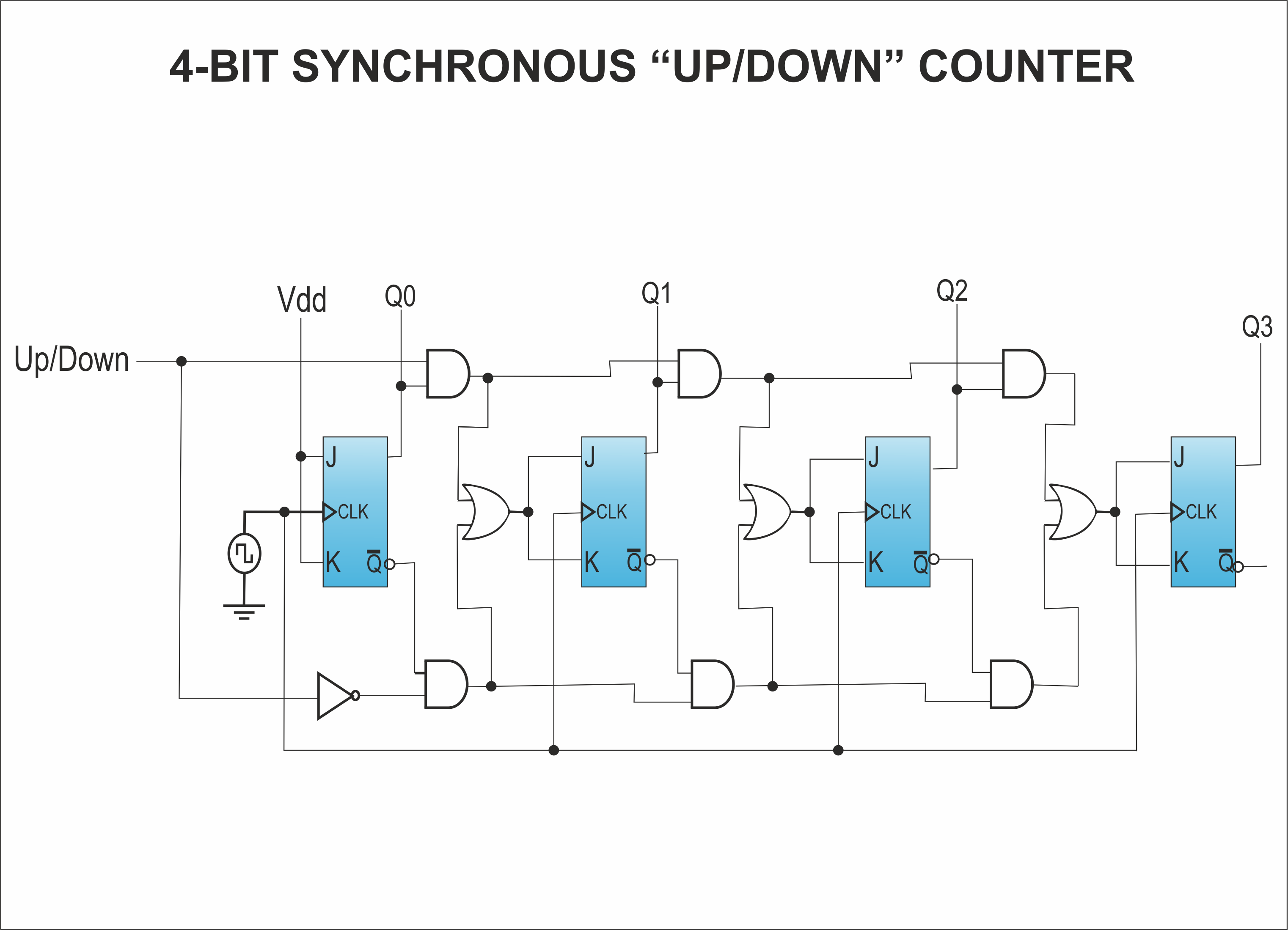 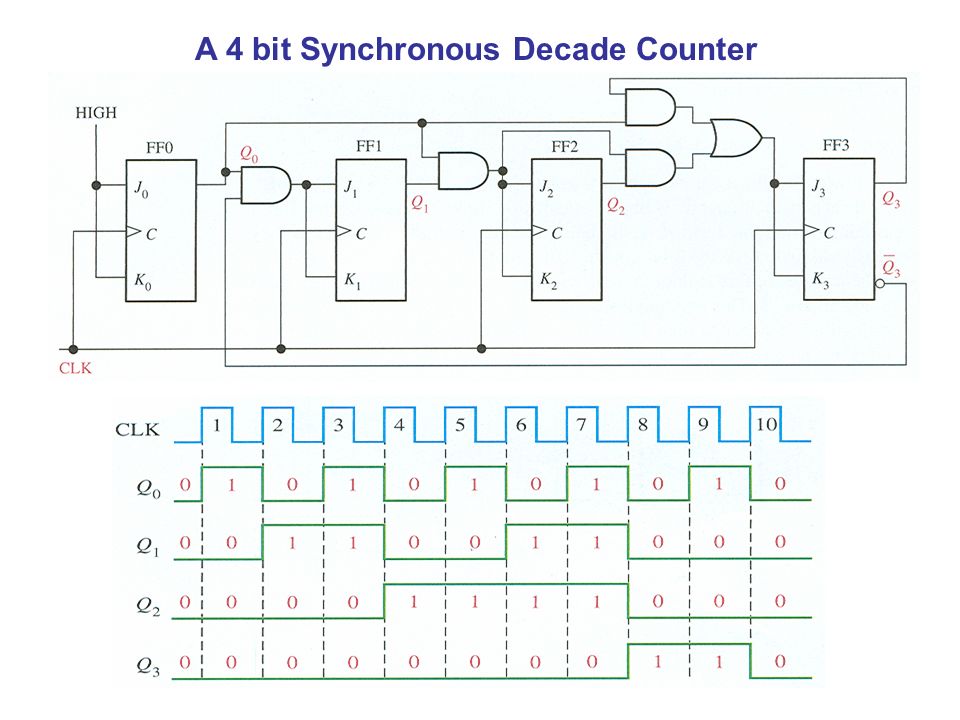 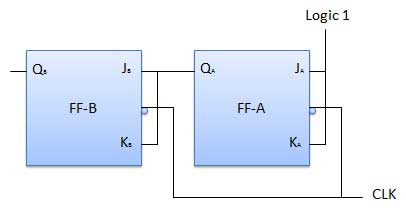